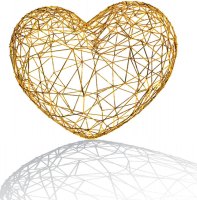 The other day a reporter sent out a query about parents wanting to strengthen their bond with their kids.  The request was for quick responses to a couple of questions.

Here are the questions and the responses:

If I were going to add on to those with more than a top 2 list I would probably mention how important it is to set an example for children and teenagers about how to behave in loving and generous ways.  Not just to one another, but to others, too.  When children see that the adults in their lives get angry or rude to others who don’t do things “right”, they can start to believe that their messing up will get that same reaction.  They can also learn to use those reactions to their parents when they start trying on independence.  If that behavior is acceptable, it must be true for them as well.

I remember one teenager years ago, whose parents bought her a TV to take to college.  They thought it would be good because their daughter enjoyed TV.  That wasn’t what the daughter wanted.  She wanted to get away from TV in college and she had hinted about a camera which she thought might be too expensive.  Her parents were acting in a loving way, but not listening to the messages she was sending.  She was disappointed, which was not what the parents had in mind at all.

Bonding with anyone takes time.  Sometimes those bonds are stretched due to disappointment or heartbreak.  The task of parenthood is to stick with it, remain the strong one holding on to the bond, and working to bring it back together.

Add to the Discussion Cancel reply